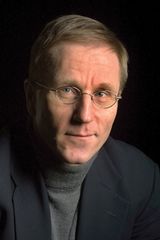 Steve Lohr has covered technology, business, and economics for the New York Times for more than twenty years and writes for the Times' Bits blog. In 2013 he was part of the team awarded the Pulitzer Prize for Explanatory Reporting. He was a foreign correspondent for a decade and served as an editor, and has written for national publications such as the New York Times Magazine, the Atlantic, and the Washington Monthly. He is the author of Go To: The Story of the Math Majors, Bridge Players, Engineers, Chess Wizards, Maverick Scientists, and Iconoclasts—the Programmers Who Created the Software Revolution. He lives in New York City.