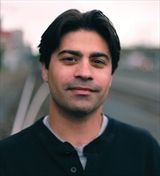 Urban Waite is the author of the critically acclaimed novels The Carrion Birds and The Terror of Living, which was named one of Esquire's Ten Best Books of 2011. His work has been a finalist for the New Mexico and Arizona Book Awards, has been translated in nine languages, and is sold worldwide. He lives in Seattle with his wife.