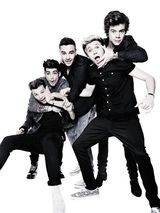 One Direction are: Liam Payne, 20, Harry Styles, 19, Louis Tomlinson, 21, Niall Horan, 20, and Zayn Malik, 20. The band were formed in The X Factor’s Bootcamp stage in 2010, and left the competition in its final round. They went on to break several records, top the charts internationally, and sell over 20 million records worldwide.