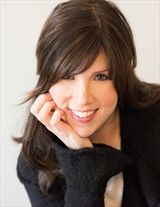 Known as the "Queen of Kosher" (CBS) and the "Jewish Rachael Ray" (New York Times), Jamie Geller is the founder and chief creative officer of the Kosher Media Network, publisher of the award-winning Joy of Kosher with Jamie Geller magazine and JoyofKosher.com. She is also host of the Joy of Kosher with Jamie Geller cooking show and Joy of Israel with Jamie Geller food and travel show on JLTV and the author of the bestselling Quick & Kosher cookbook series. She has appeared on ABC, NBC, FOX, CBS, and Martha Stewart Living Radio, and been featured in the Daily News (New York and Los Angeles), Washington Post, Miami Herald, and Chicago Tribune, among many others. She and her husband recently moved their family to Israel, where their five children give her plenty of reasons to get out of the kitchen—fast.