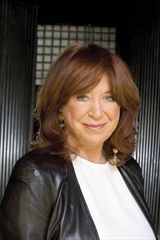 Lynda La Plante's novels, including the Prime Suspect series, have all been international bestsellers. She is an honorary fellow of the British Film Institute and a recipient of the British Academy of Film and Television Arts (BAFTA) Dennis Potter Writers Award. Awarded a CBE, she is a member of the UK Crime Writers Awards Hall of Fame. She lives in London.