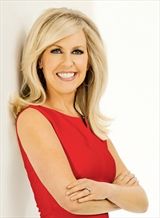 Monica Crowley is a political and foreign affairs analyst for the Fox News Channel, and she hosts the nationally syndicated radio program The Monica Crowley Show. She has also been a regular panelist on The McLaughlin Group. She served as foreign policy assistant to former president Richard Nixon from 1990 until his death in 1994, and has written two bestsellers about her experiences, Nixon Off the Record and Nixon in Winter. She has also written for the New Yorker, the Wall Street Journal, the Los Angeles Times, Newsweek, and the New York Post. She holds two master's degrees and a doctorate from Columbia University.