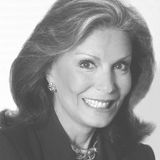 Meryl Comer is an Emmy award–winning reporter, veteran TV producer, and business talk show host. She is president and CEO of the Geoffrey Beene Foundation Alzheimer's Initiative, which promotes early diagnosis, innovation, and national public service campaigns like Geoffrey Beene's Rock Stars of Science™ and the 2009 HBO Alzheimer's Project. A co-founder of WomenAgainstAlzheimer's, she is a recipient of the 2005 Shriver Profi les in Dignity Award and the 2007 Proxmire Award. Comer has been the subject of prime time news stories by ABC's Nightline and the PBS NewsHour with Jim Lehrer.