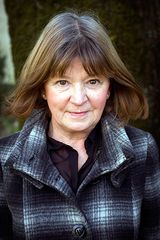 JANE ROGERS has written eight novels, including Her Living Image (winner of the Somerset Maugham Award), Mr. Wroe’s Virgins (a Guardian Fiction Prize runner-up), Promised Lands (winner of the Writers’ Guild Award for Best Fiction Book), Island (longlisted for the Orange Prize) and The Voyage Home. She has written drama for radio and TV, including an award-winning adaptation of Mr. Wroe’s Virgins for BBC2. She has taught writing at the University of Adelaide, at Paris Sorbonne IV and on a radio-writing project in eastern Uganda. She is professor of writing at Sheffield Hallam University and is a Fellow of the Royal Society of Literature. Jane lives on the edge of the moors in Lancashire, England. Visit her online at janerogers.org.