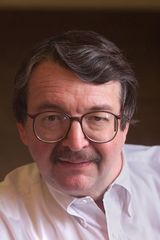 Joseph Berger has been a New York Times reporter, columnist, and editor for thirty years. He is the author of three books: Displaced Persons: Growing Up American After the Holocaust, which was a New York Times Notable Book; The World in a City: Traveling the Globe Through the Neighborhoods of the New New York; and The Young Scientists: America's Future and the Winning of the Westinghouse. He lives in Westchester County, New York.