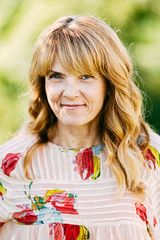 Elizabeth Crane is the author of the novel We Only Know So Much and three collections of short stories. Her stories have been featured on NPR’s Selected Shorts. She is a recipient of the Chicago Public Library 21st Century Award, and her work has been adapted for the stage by Chicago’s Steppenwolf Theatre Company. A feature film adaptation of We Only Know So Much will be released in 2016.