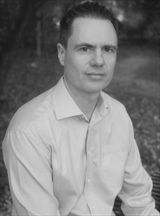 David John grew up in Wales. As a teenager he was an assistant to the future British prime minister Gordon Brown. After that, he made his career in publishing, editing popular books on history and science. In 2009 he moved to Germany to write Flight from Berlin. He now lives in London, after spending several months in Seoul, South Korea, researching his second novel.