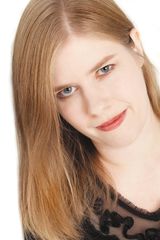 Helen Keeble is not, and never has been, an angel. She has, however, been a teenager. She grew up partly in America and partly in England, which has left her with an unidentifiable accent and a fondness for peanut butter crackers washed down with a nice cup of tea. She now lives in West Sussex, England, with her husband, daughter, two cats, and a variable number of fish.