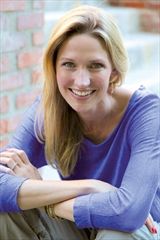 Catherine McCord is the founder ofthe popular website weelicious.com, a 2013 Babble Top 100 Mom Food Blog, one of People magazine's most influential mommy bloggers, and author of the Weelicious cookbook. She attended the Institute of Culinary Education in New York City, has worked in several high-end restaurants, is a contributor to Parade, and has appeared on Today, Good Morning America, The Chew, and The Doctors, and in magazines such as Parents, Parenting, Lucky, Working Mother, and Every Day with Rachael Ray. A former television host, she lives in Los Angeles with her husband and two children.