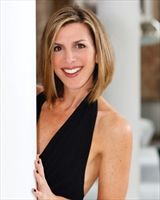 Jennifer Gilbert is the Founder and Chief Visionary Officer of Save the Date®, the New York–based special-events company. She was named Ernst & Young Entrepreneur of the Year, received Working Woman magazine's Entrepreneurial Award of Excellence, and her company was voted one of its top 500 woman-owned businesses. An in-demand speaker, she has appeared at numerous schools and industry events, and her work has been featured in People magazine, the Wall Street Journal, the New York Post, and InStyle Weddings, as well as on Fox and CNN. She lives in New York City with her husband and their three children.