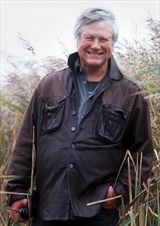 Richard Mabey is widely hailed as Britain's fore-most nature writer. He is the author of the groundbreaking book on foraging in the countryside Food for Free and the editor of The Oxford Book of Nature Writing. He has narrated and produced popular BBC television and radio series, and has written for the Guardian, Granta, and other publications. He lives in Norfolk, England.