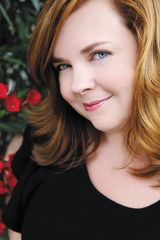 Gretchen McNeil is the author of several young adult horror/suspense novels for Balzer + Bray, including Possess, 3:59, Relic, Get Even, Get Dirty, and the award-winning Ten. In 2016, Gretchen published her first YA comedy, I'm Not Your Manic Pixie Dream Girl, and her next novel will be the horror-comedy #MurderTrending for Disney/Freeform. The film adaptation of Ten starring China Anne McClain (Descendants 2, Black Lightning) and Rome Flynn (The Bold and the Beautiful) premiered on Lifetime on September 16, 2017. Visit Gretchen online at www.gretchenmcneil.com.