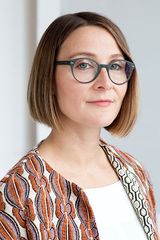 Eleanor Henderson was born in Greece, grew up in Florida, and attended Middlebury College and the University of Virginia. Her debut novel, Ten Thousand Saints, was named one of the 10 Best Books of 2011 by the New York Times and a finalist for the Award for First Fiction from the Los Angeles Times and was adapted into a film in 2015. An associate professor at Ithaca College, she lives in Ithaca, New York, with her husband and two sons.