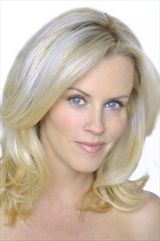 Jenny McCarthy got her start as a Playboy model, before launching a high-profile writing, comedic television, and film career. She has been featured everywhere from Time magazine to the cover of Rolling Stone, and has appeared on virtually every television talk show.She works tirelessly in the world of healing and preventing autism and is co-creator, with speech/language pathologist Sarah Clifford Scheflen, of Teach2Talk, a series of DVDs for children. Born in Chicago, McCarthy currently resides in Los Angeles, California, with her son, Evan. You can follow her on Twitter @JennyMcCarthy.