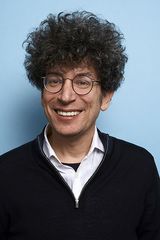 James Altucher is a successful entrepreneur, angel investor, prolific writer, podcaster, standup comedian, and chess master. He has started and run more than twenty companies and is invested in over thirty. He is the author of eighteen books, including the bestsellers The Power of No and Choose Yourself. His writing has appeared in the Wall Street Journal, The Observer, Financial Times, Huffington Post, and TechCrunch. He also writes a popular blog and hosts a successful podcast, The James Altucher Show, that has had over 80,000,000 downloads. An eight-episode docuseries based on Choose Yourself and produced by DNA Films was released on Amazon in 2020.