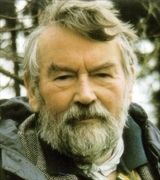 John Fowles was born in Leigh-on-Sea in Essex, England, and won international recognition with his first novel, The Collector, in 1963. His many other bestselling novels include The Magus (1966), Daniel Martin (1977), and The French Lieutenant’s Woman (1969), which was turned into an acclaimed film starring Meryl Streep and Jeremy Irons. John Fowles died in 2005.