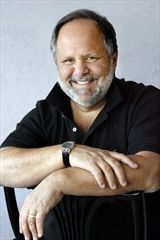 Larry Kramer, the founder and former chairman and CEO of MarketWatch, Inc., is currently an adjunct professor of media management at the S.I. Newhouse School of Public Communications at Syracuse University. Over the course of his career, he has been a senior adviser at Polaris Venture Partners, a venture capital firm, and served as the first president of CBS Digital Media. He currently serves on the board of directors of sev-eral media and technology companies, including Discovery, American Media, and Answers.com, and is an advisor to tech and digital startups such as JibJab, Newser, Crossborders.tv, and others. Kramer also spent more than twenty years as a reporter and editor at the San Francisco Examiner, the Washington Post, and the Trenton Times. He divides his time between Tiburon, California, and New York City.