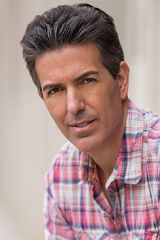 As president and CEO of The Humane Society of the United States (HSUS), Wayne Pacelle leads the largest and most effective animal protection organization and one of the most dominant, high-impact non-profit groups of any kind. Placing special emphasis on transforming public policies and corporate behavior, he has been a primary strategist in securing the enactment of hundreds of state and federal animal-protection laws and helped drive reforms adopted by many of America’s biggest for-profit companies.  He’s been named an “Executive of the Year” by The Non-Profit Times; a contributor to influential newspapers and magazines, including Foreign Affairs; and author of the New York Times bestseller The Bond: Our Kindship with Animals, Our Call to Defend Them. His blog, A Humane Nation, is published each weekday.  He received his B.A. in history and environmental studies from Yale University in 1987. Pacelle lives in Maryland with his wife Lisa Fletcher, a journalist, and their dog Lily and cat Zoe.