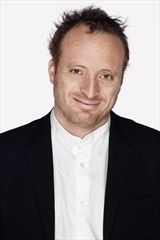 Roo Rogers is an entrepreneur and the president of Redscout Ventures, a venture company in New York. He has served as the cofounding partner of OZOlab and the former CEO of OZOcar, and his other endeavors include Drive Thru Pictures, UNITY TV, and Wenite. He received his BA from Columbia College, and his Masters in Economic Development from University College London. He lives in New York City.