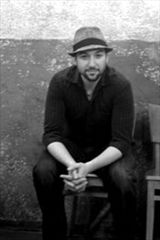 Marshall Altier is a bartender, a consultant, and a writer based in New York City and Hong Kong. He has been part of the opening teams of several well-known New York bars and his original creations have been featured in print in the New York Post's Page Six Magazine, the San Francisco Chronicle, and New York magazine. He has also designed drink menus and food pairings for a variety of establishments and brands across the world.