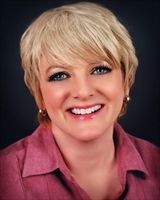 Alison Arngrim starred as Nellie Oleson for seven years on the TV series Little House on the Prairie. She also guest-starred on The Love Boat, Fantasy Island, and the NBC movie of the week I Married Wyatt Earp. She has appeared in numerous films and plays, and her stand up comedy show, "Confessions of a Prairie Bitch," has become a worldwide phenomenon. Arngrim also volunteers for nonprofit organizations such as AIDS Project Los Angeles and the National Association to Protect Children. She lives in Los Angeles with her husband.