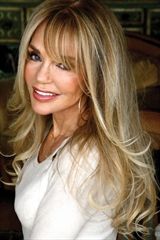 Award-winning film and television actress, director, screenwriter, editor, and producer Dyan Cannon is the first woman in the history of the Academy of Motion Picture Arts and Sciences to be nominated for Oscars both as an actress and as a filmmaker. She lives in Hollywood and is at courtside for every Los Angeles Lakers home game.