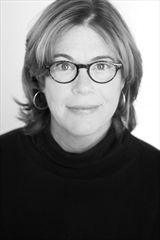 Mary McDonagh Murphy is an Emmy Award-winning producer and an independent documentary director whose work has appeared on NBC, PBS, and CBS. This book is based on her interviews in the film Harper Lee: From Mockingbird to Watchman, broadcast on PBS's American Masters in July 2015. Murphy has written for Newsweek, the Chicago Tribune, Daily Beast, and Publishers Weekly. She lives in Scarborough, New York, with Bob, Kate, and James Minzesheimer.