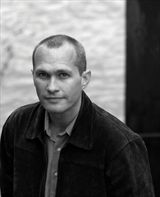 Published in twenty languages, David Vann's internationally bestselling books have won fifteen prizes, including best foreign novel in France and Spain, and have appeared on seventy-five Best Books of the Year lists in a dozen countries. He's written for the New York Times, Atlantic, Esquire, Outside, Sunset, Men's Journal, McSweeney's, and many other publications, and he has been a Guggenheim, Stegner, and NEA fellow.