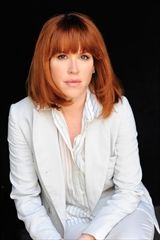 Molly Ringwald's work in film is characterized by what the renowned New Yorker film critic Pauline Kael called her "charismatic normality." Throughout her extensive career, she has worked with such directors as Paul Mazursky, John Hughes, Cindy Sherman, and Jean-Luc Godard. Her writing has appeared in The New York Times, Parade, Esquire, and the Hartford Courant. She lives with her husband and three children in Los Angeles.