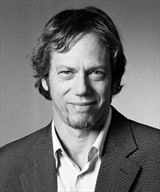 Robert Greene is the author of three bestselling books: The 48 Laws of Power, The Art of Seduction, and The 33 Strategies of War. He attended U.C. Berkeley and the University of Wisconsin at Madison, where he received a degree in classical studies. He has worked in New York as an editor and writer at several magazines, including Esquire, and in Hollywood as a story developer and writer. Greene has lived in London, Paris, and Barcelona; he speaks several languages and has worked as a translator. He currently lives in Los Angeles.