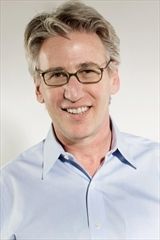 Gary Rivlin is a Pulitzer Prize–winning investigative reporter and the author of nine books, including Katrina: After the Flood. His work has appeared in the New York Times, Newsweek, Fortune, GQ, and Wired, among other publications. He is a two-time Gerald Loeb Award winner and former reporter for the New York Times. He lives in New York with his wife, theater director Daisy Walker, and two sons.