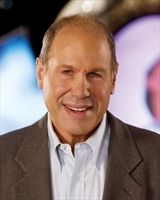 Michael D. Eisner has been a leader in the American entertainment industry for four decades. While president of Paramount Pictures, he turned out hit films such as Raiders of the Lost Ark and Saturday Night Fever. As chairman and CEO of The Walt Disney Company, he transformed a film and theme park company with $1.8 billion in enterprise value into a global media empire valued at $80 billion. In 2005 Eisner founded The Tornante Company, a privately held corporation that makes investments in and incubates companies and opportunities in the media and entertainment space.