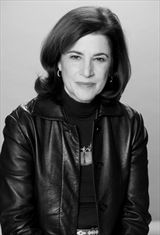 Ellen Galinsky, president and cofounder of the Families and Work Institute, helped establish the field of work and family life at Bank Street College of Education, where she was on the faculty for twenty-five years. At the institute, she continues to conduct seminal research on the changing workforce and changing family. Her more than forty books and reports include Ask the Children: The Breakthrough Study That Reveals How to Succeed at Work and Parenting and the now-classic The Six Stages of Parenthood. She has received numerous honorary degrees and awards, including the 2004 Distinguished Achievement Award from Vassar College. She served as the elected president of the National Association for the Education of Young Children and was elected a fellow of the National Academy of Human Resources in 2005. She holds a Master of Science degree in child development and education from Bank Street College of Education and a Bachelor of Arts degree in child study from Vassar College. A popular keynote speaker, she was a presenter at the White House Conference on Child Care in 1997 and on Teenagers in 2000. She is featured regularly in the media, including appearances on Good Morning America, World News Tonight, and The Oprah Winfrey Show.