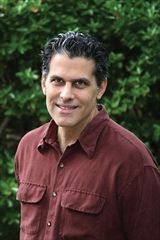 As a journalist with nearly a quarter century of experience, Mark Di Vincenzo made a name for himself as a reporter who exposed abuses and as a writer who made the complicated seem simple. He won numerous awards before becoming an editor.

During the summer of 2007, he left daily journalism to pursue book projects and to start Business Writers Group, a writing and public relations company. In 2009, Harper-Collins published his first book, Buy Ketchup in May and Fly At Noon: A Guide to the Best Time to Buy This, Do That and Go There, a New York Times bestseller.

Born and reared in Cleveland, he lives in the shipyard town of Newport News, Virginia—two blocks from William Styron’s childhood home—with his wife and two daughters. A third daughter attends the University of Oklahoma.