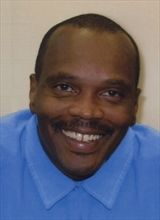 An inmate at San Quentin since the age of nineteen, Jarvis Jay Masters is the author of Finding Freedom as well as many articles. In 1992, Masters won a PEN Award for his poem "Recipe for Prison Pruno."

In 1990, Masters was moved to death row after being convicted of conspiracy in the murder of a prison guard. In April 2008, the California Supreme Court ordered an evidentiary hearing based on the lack of substantial evidence for Masters's conviction.Many people believe in Masters's innocence and are actively working within the legal system to free him.