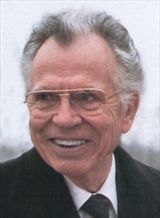 Eric Butterworth (1916-2003), often referred to as a "Twentieth Century Emerson," is considered a legend and spiritual icon in the Unity Movement. A visionary and an innovator, he originated the Spiritual Therapy Workshops. The author of sixteen bestselling books on metaphysical spirituality, a gifted theologian, philosopher, and lecturer, Butterworth was a highly respected New Age pioneer and innovator of New Thought, whose life was dedicated to helping people to help themselves.