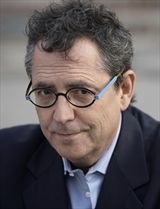 Jerry Levitan is a musician, actor, filmmaker, writer, and lawyer living in Toronto. Under the persona Sir Jerry (www.sir-jerry.com), he has been described as "one of Canada's most innovative children's performers" and has produced two critically acclaimed children's albums, Bees, Butterflies & Bugs and Sir Jerry's World. As a litigation lawyer, he has set precedents in the fields of constitutional, human rights, and administrative law. And as an actor, he has appeared in film and television including an appearance on The West Wing. He produced and starred in the 2008 Academy Award-nominated film I Met The Walrus, winning acclaim and festival awards from around the world.