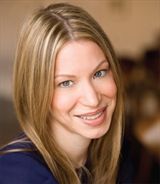 Priscilla Gilman grew up in New York City and is a former professor of English literature at Yale University and Vassar College. She has taught poetry appreciation to inmates in a restorative justice program and to New York City public school students. The Anti-Romantic Child, her first book, was excerpted in Newsweek magazine and featured on the cover of its international edition; it was an NPR Morning Edition Must-Read, Slate's Book of the Week, and selected as one the Best Books of 2011 by the Leonard Lopate Show. Gilman writes regularly for publications including the Daily Beast, the New York Times, and the Huffington Post, speaks frequently at schools, conferences, and organizations about parenting, education, and the arts, and is a Scholar/Facilitator for the New York Council for the Humanities. She lives in New York City with her family. The Anti-Romantic Child has been nominated for a Books for a Better Life Award for Best First Book.