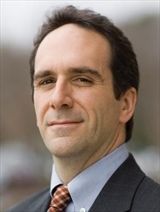 Edward G. LengeL is editor in chief of the Papers of George Washington and a professor at the University of Virginia. He is the author of several books, including General George Washington and This Glorious Struggle. A lecturer on Washington and the Revolutionary War, Lengel is also a historical consultant, advising on such works as the History Channel's own comprehensive documentary. He is a frequent radio and television guest—appearing on C-SPAN, CBS, and NPR, among others—and is a regular contributor to newspapers and magazines in the vein of military history and American heritage. He lives with his family in Charlottesville, Virginia.