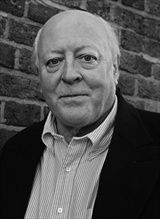 Jonathan Fenby has edited the Observer, the South China Morning Post and Reuters World Service as well as held senior positions at the Economist, the Independent and the Guardian. His books include Generalissimo: Chiang Kai-shek and the China He Lost; Dealing with the Dragon: A Year in the New Hong Kong; Seventy Wonders of China; Dragon Throne; and Alliance: How Roosevelt, Stalin and Churchill Won One War and Began Another. He is the China Director of Trusted Sources. He has been made a Commander of the British Empire and a Knight of the French Order of Merit for services to journalism.