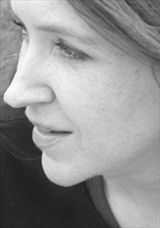 Andrea Buchanan is the mother of a daughter and a son, both of whom are equally daring. Before she was a writer, she was a pianist who once performed a solo concert at Carnegie Hall's Weill Recital Hall. This is her fifth book.

Miriam Peskowitz is the mother of two girls, including an eight-year-old who climbs trees and leads spy missions in the backyard. She has been a camp counselor, an historian, a blogger, a musician, a professor, and is the author of several books, including The Truth Behind the Mommy Wars.