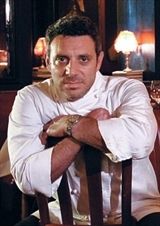 John DeLucie is the Executive Chef/Partner of The Waverly Inn, which he opened to great critical acclaim in 2007 in Manhattan's Greenwich Village. DeLucie has been featured in New York magazine, Town & Country, the New York Times, and on television on the The Martha Stewart Show and CBS's The Early Show Saturday Edition. He lives in New York.