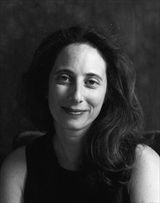 Anna Levine has lived in Israel for more than twenty years, having emigrated there on her own when she was eighteen. She is the mother of two sons—both of whom are serving in the Israeli Army. Aggie's experiences in the novel are partly based on the author's time spent in underground bomb shelters after rockets hit her kibbutz.