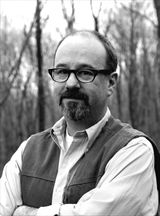 Dwight Garner is a book critic for the New York Times. A former senior editor of the New York Times Book Review, he was the founding books editor of Salon.com. His writing has appeared in Harper's Magazine, The Oxford American, The Nation, Slate, Vanity Fair, and elsewhere, and he is at work on a biography of James Agee. Garner lives in Garrison, New York, with his wife and two children.