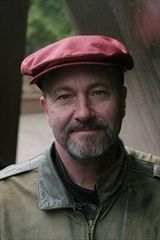 For over twenty years, Robin Meyers has been pastor of Mayflower Congregational, an "unapologetically Christian, unapologetically liberal" church. He is a professor in the philosophy department at Oklahoma City University, a syndicated columnist, and an award-winning commentator for National Public Radio. Meyers has appeared on Dateline NBC, the NewsHour with Jim Lehrer, and ABC World News, and writes regularly for The Christian Century.