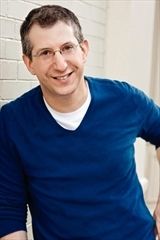 A theater director noted for his productions of the plays of William Shakespeare, Barry EdeLstein has taught Shakespeare at the Juilliard school, the graduate acting program at NYU, the Public Theater's Shakespeare Lab, and in master classes around the United States and abroad. The list of actors he has directed includes Anne Hathaway, Hwyneth Paltrow, John Turturro, Kevin Kline, Jeffrey Wright, and others. Edelstein lives in Brooklyn, New York.