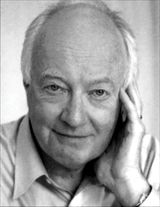 Gavin Menzies (1937-2020) was the bestselling author of 1421: The Year China Discovered America; 1434: The Year a Magnificent Chinese Fleet Sailed to Italy and Ignited the Renaissance; and The Lost Empire of Atlantis: History's Greatest Mystery Revealed. He served in the Royal Navy between 1953 and 1970. His knowledge of seafaring and navigation sparked his interest in the epic voyages of Chinese admiral Zheng He.