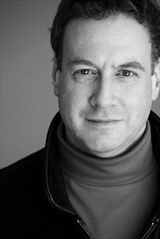 David S. Cohen is an entertainment and business reporter as well as a writer and producer for film and television. During his thirty years in show business, he has acted and directed off-off Broadway plays, scripted television documentaries, and written for the syndicated series Star Trek: Deep Space Nine. As a reporter, he has covered screenwriting, visual effects, and film production for Variety and Script magazines for more than a decade. He lives with his wife in Los Angeles.