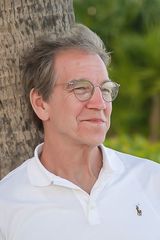 Spike Carlsen is the author of seven books, including "A Splintered History of Wood: Belt Sander Races, Blind Woodworkers and Baseball Bats," which was selected as a NPR "Best Book of the Year for Gift Giving." He is former Executive Editor of Family Handyman magazine and has written articles for The Minneapolis Star Tribune, Men's Health, MAKE, Fine Homebuilding, Mother Earth News and other publications. He has made appearances on Modern Marvels, the CBS Early Show, Cabin Living, The Weekend Today Show, HGTV's "25 Biggest Renovating Mistakes" and many other national radio and television shows. Spike is an avid cyclist and woodworker. He and his wife Kat live in Stillwater, Minnesota in close proximity to their 5 kids and 9 granddaughters. Visit him at spikecarlsen.com.