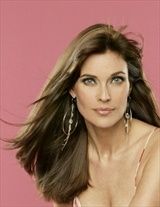 Carol Alt is the author of the three raw lifestyle books Eating in the Raw, The Raw 50, and Easy Sexy Raw. As one of the world's first supermodels, Carol has graced the covers of more than seven hundred magazines, including two Sports Illustrated swimsuit issues. She has been featured in calendars, posters, and exercise videos, and has appeared on stage and television, and in more than sixty-five movies. Carol is an accomplished spokesperson and actress, a healthy lifestyle expert, and one of the raw food movement's most recognized advocates.